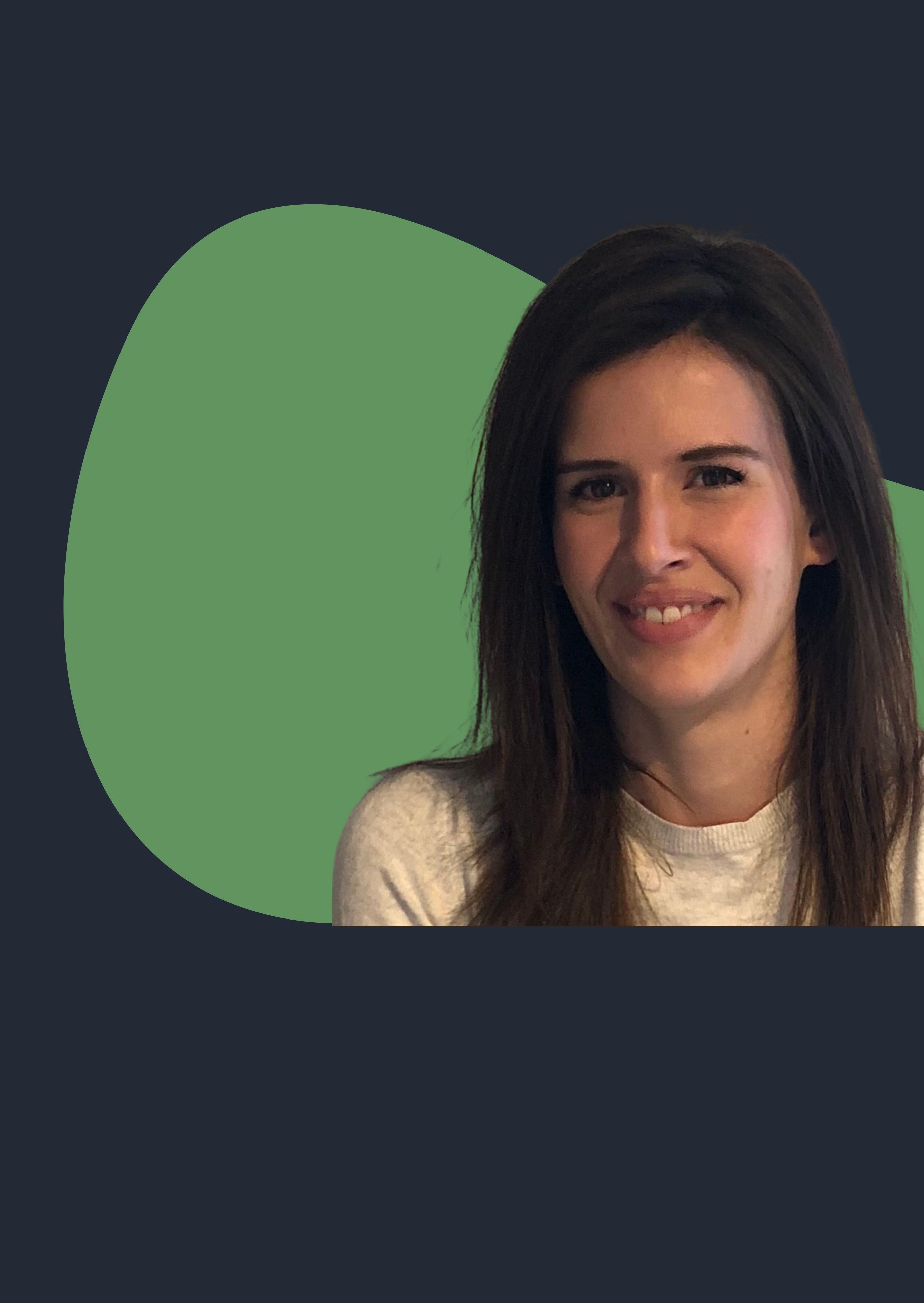 This summer, we are bringing forward the humans behind the Signol app - they're a bunch of incredibly talented and diverse people that we hope you'll be pleased to meet. In this fifth blog post, get to know Tash Gedge, Chief Operations Officer, and the master of getting things done... with excitement!

Hi Tash, let’s start with your background before Signol.

Well, I had quite an unusual background, I spent 10 years working with the Ministry of Defence as a Civil Servant, some of it in Information and Intelligence, and the rest in Innovation. It was a brilliant job, I got to work with lots of fascinating people and the work always felt really valuable.

As I was finishing my last job in the Ministry of Defence I knew from my innovation background that I wanted to work with start-ups, on things that mattered; so the environment, climate tech and reducing carbon emissions seemed like the perfect choice.

Once I had decided that I wanted to branch out from the MOD and work in Climate Tech, I started looking for companies that I thought were making a real contribution and had a lot of potential. From my intelligence experience I was aware of just how impactful human decision making is on almost all aspects of our experience and the power that influencing these decisions can have. When I was introduced to Signol through a VC friend, it felt like the perfect fit, and somewhere I could potentially add real value. I was lucky enough that they were looking for a COO just as I was finishing my COO role at the MOD, and the rest, as they say…

How has your role at Signol evolved over the past year?

I’d say that I hope I have given as much to Signol as it has to me. As my first job in a start-up there was a steep, but brilliant learning curve, and I was immediately exposed to things that you just don’t have to do in the public sector; like cash flow, P&L and marketing.  It was also a great time to start at Signol as it was just on the way to bringing in revenue, and starting to scale, which was the process I had been through in my last role so I felt I had useful things to offer here in terms of the operations and processes that a company needs to grow. Now the focus is really on growing the team, and the rest of the operations crew at Signol are working on finding more brilliant people to join us.

What was it like moving from the Civil Service to a Start-up?

Quite the change! Both settings are brilliant, but I have very much enjoyed the speed and agility that comes with being in a start-up. In some ways, it’s quite overwhelming to have so much freedom to maneuver to begin with, but you soon settle into it and I relish the opportunity to make big decisions quickly, test and adjust. In particular, certain processes like hiring are much, much quicker in the start-up world, but there is a similar level of responsibility to get the big decisions right as you’re so directly responsible for other people’s livelihoods.

One of the major similarities for me, and a big part of the reason I chose Signol, was the sense of purpose and value in the work. I loved that in the Civil Service, the work was always super important, and moving to Climate change the imperative is arguably even higher. It’s a real privilege to be here and working every day on something so important.

What are you most excited about over the next year?

I am very excited about the company growing; both in terms of the number of customers we work with (and the different challenges and successes that will inevitably bring) and the expanding team. I’ve been through the process once before where I grew a team from less than 10 people to around 50, and I am excited to see Signol do the same over the next year. One of the biggest challenges around this kind of growth is maintaining the ethos and value set of a company, but Signol is such a strong team that I am sure we can manage it.

I am also very excited to see the team we currently have grow into their roles more, advance and develop. Signol is such a talented and dedicated group and a few of them have been working away for a couple of years to get to this point; I am very excited for them to see the results of all their graft!

The COO job can vary quite a lot from company to company, how would you describe your role at Signol?

I’d say it varies hugely from day to day, but that’s often the case with a team at this stage. What I love about this role is that no two days are often the same. And you’re right, the COO role changes massively company to company. I'd say my “brand” of COO, and probably why it works so well in this team, is that I see my job as ensuring everyone else has what they need to succeed in their jobs. It's really more of a supportive background role, trying to make sure that everyone has the resources, ability and motivation to perform to their highest level. I’ve always found people fascinating, working out what drives and motivates them, what will get the most out of talented people, it's a real challenge and I love it.

Other than that.. A mix of everything! Finances, planning, overseeing of key decisions within the teams, providing strategic direction. There is some very exciting progress being made and it's great to be a part of it.

What would you say to anyone interested in working at Signol?

Well, obviously I’d say do it! But in all seriousness, Signol has an extraordinary product. It is one of those, like Deliveroo or AirBnB, where the concept is so simple everyone kicks themselves that they didn't think of it. In reality, of course, the execution is much more complicated than you’d imagine and a real challenge, the science that sits behind Signol is fascinating. The difference with the Signol product is that it has a real ability to reduce fuel usage immediately, so in terms of making an instant difference in the fight against climate change there really are few finer places to be. The team is brilliant, smart and so supportive of each other, and the company is growing quickly. This is the perfect time to join this company, as the traction is gaining momentum and the rewards are starting to be reaped! 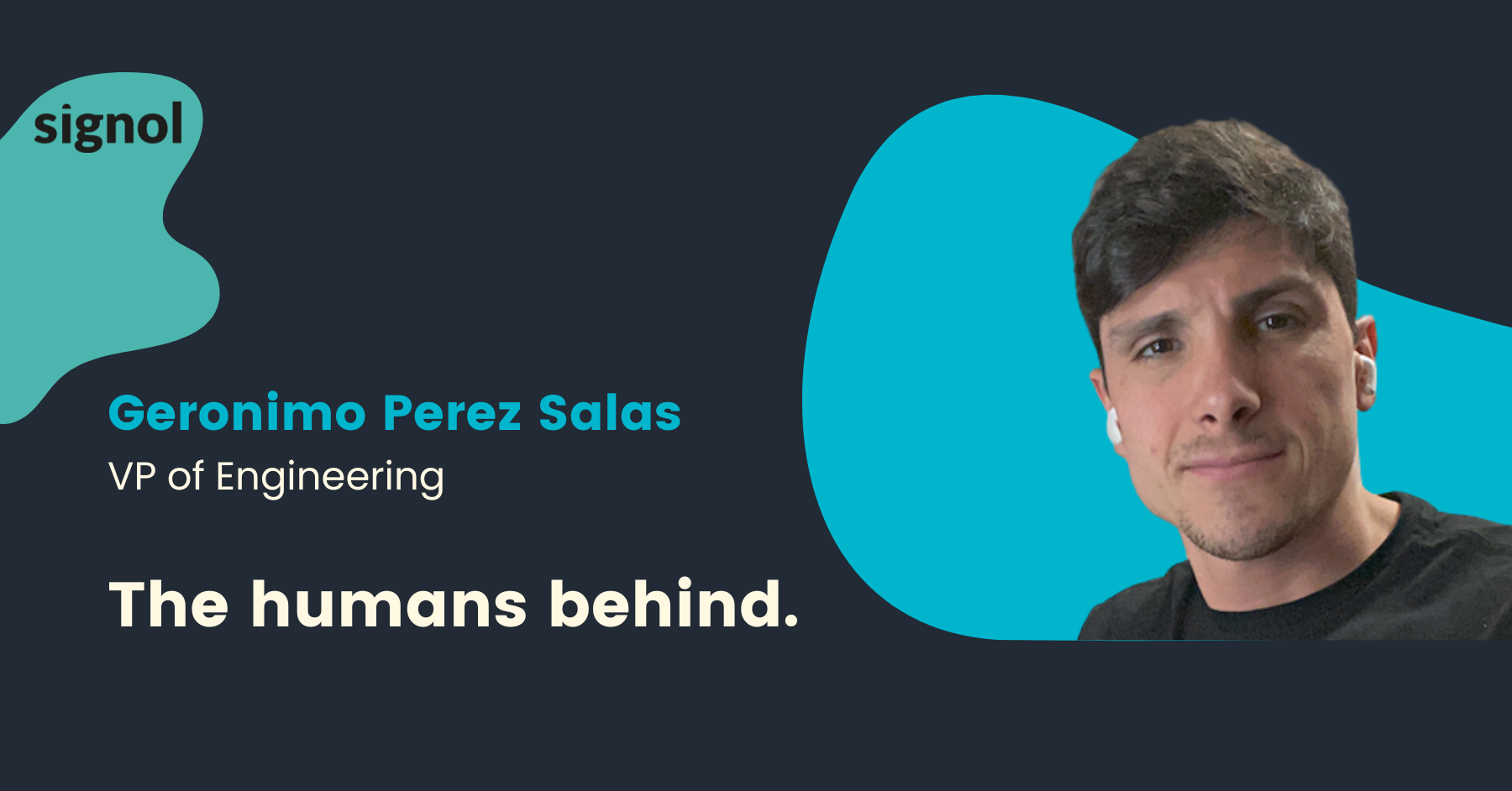 The humans behind Signol: Geronimo Perez Salas, VP of Engineering 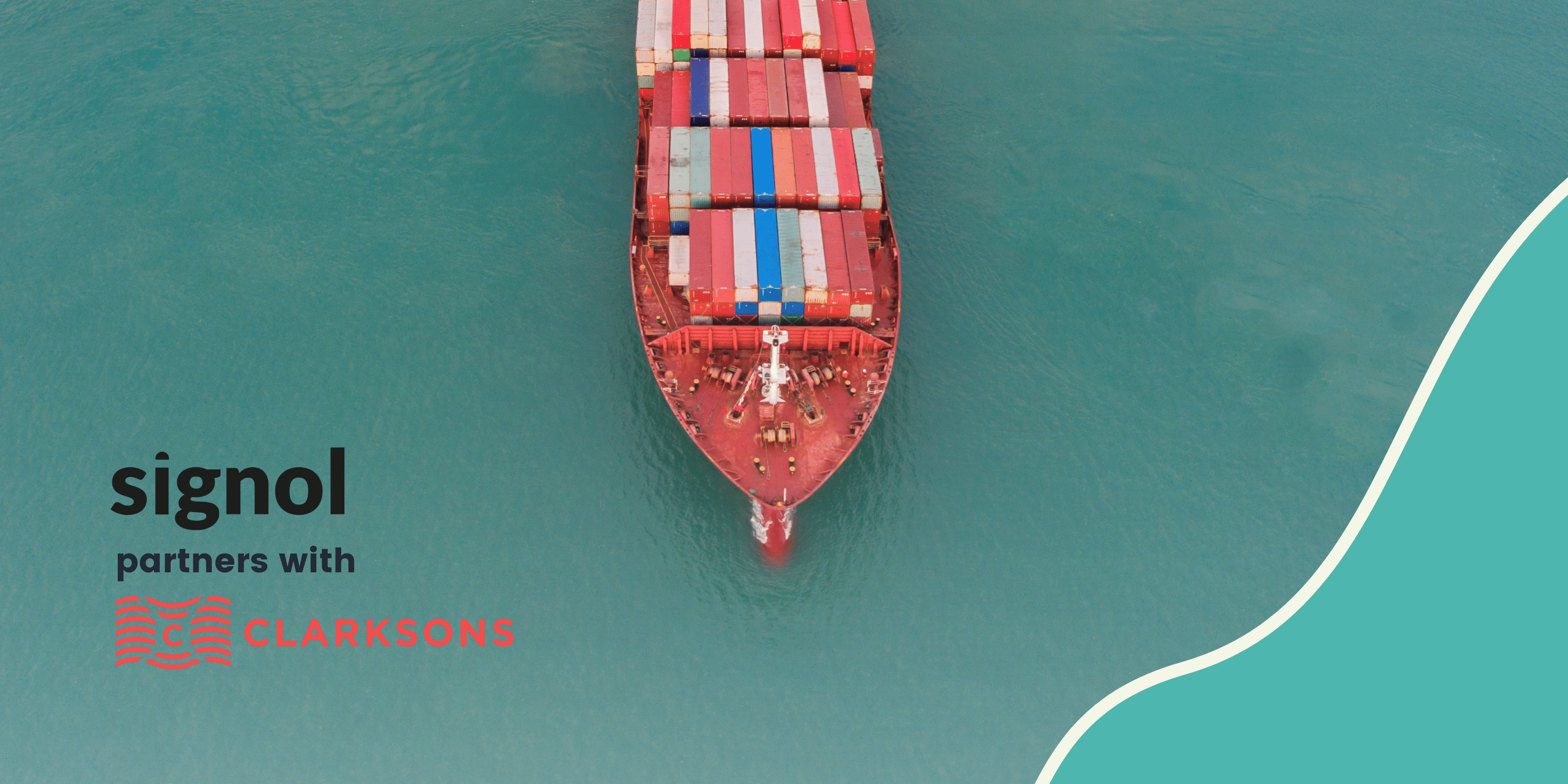 ​​Press Release: Signol and Clarksons partner with the ambition to reduce carbon emissions in global shipping 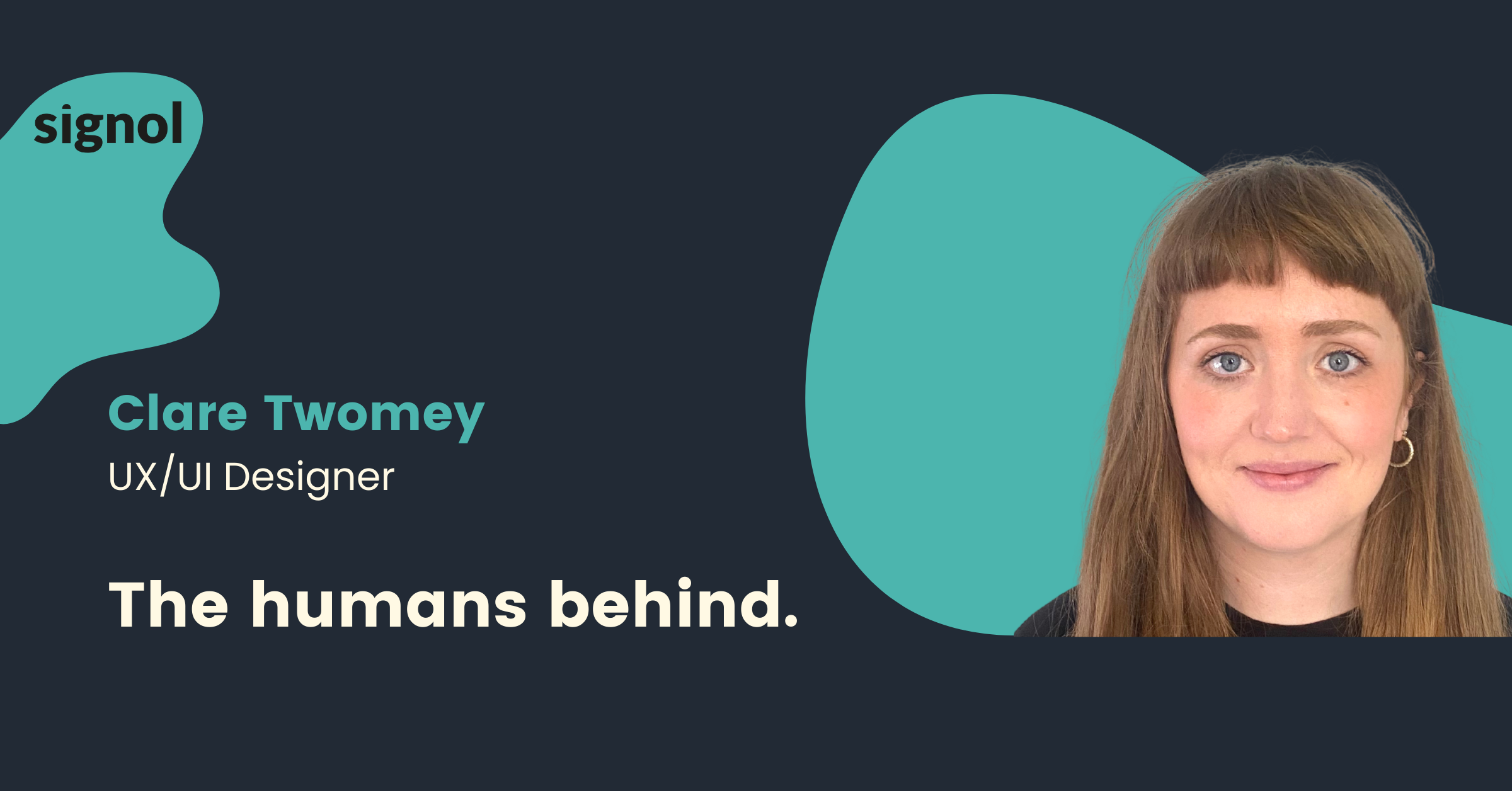 The humans behind Signol: Clare Twomey, UX/UI Designer at Signol